Thanks to Brummie blogger (amongst other things) Andy Mabbett a lost city centre urinal has hit the news!

This highly ornate cast iron was listed, so permission to move it in 1987 to build the ICC was only given on condition it was rebuilt elsewhere. At the time this was expected to be the Railway Museum. But now it is unclear whether was even sent there, certainly it was not built.

You can read more about the story on Andy’s ‘PigsOnTheWing’ blog, as he tries to track down what has happened to it.

The Birmingham Post has taken up the tale, alongside the similar story in the Mail.

Do you know anything about where it went? Andy (and we) would love to know! Please comment on Andy’s blog, here, or to the newspapers, if you have news. 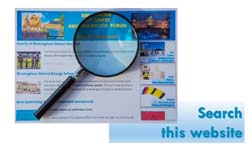